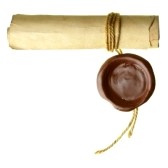 In Part 1 and Part 2 I offered one individual’s philosophy of Expository Preaching without Ancient Words:

The exception is that when I give devotionals to my own Greek students, I will often show how a knowledge of the original languages is helpful. But now let’s focus on the positive, and think of times when it is illuminating to mention the Hebrew or Greek while preaching to a “regular” church audience.

LOANWORDS: a word simply taken over wholesale into another language. These words were taken over into the Greek Septuagint and New Testament and in any language where the faith has spread, including English.

In Part 2 we suggested that some words which our people already know and perhaps need clarification – Parakletos as “one who comes alongside them” is not the best translation; like the phrase “to pour oneself into someone,” it is common Christianese, but not good English. In this category I would add: Agape, Rhema, Ekklesia (which doesn’t mean “called out” [of the world], but more generally an assembly, convocation, community, or congregation; see Acts 19:32, 39, 40).

“Names today,” we hear, “are just picked because they sound good. But in Bible times, names had meanings, and so by translating the name from the original language, they reveal the real essence of the person or their basic significance in God’s plan.”

First, it is true that Hebrew and Greek names usually are based on some etymological root. Most famously, “Jesus” is the Greek pronunciation of the Hebrew “Yeshua”: the angel told Joseph, “you shall call his name Jesus, Salvation, for he shall save his people from their sins” (Matt 1:21). [5]

Second, most of our readers have names that mean things. In my case, Gary is Germanic for “warrior,” Steven is from the Greek for “crown” and Sjö-gren is Swedish for “sea branch” (?). If my surname unlocks my permanent significance, then it must do so for all my relatives. I could make up explanations as to why Gary and Steven have deeper significance, but I’m afraid it would be no more reliable than mere random chance. [6]

The names of the patriarchs (Abram-Abraham, Sarai-Sarah, Isaac, Jacob-Israel, Esau, the twelve sons of Jacob) were all so designated because of what their names meant; since the Bible text explains that to us, we are not going beyond the bounds of good sense when we interpret their names in the pulpit; the same goes for Melchizedek of Salem. To this we might add Moses, Miriam, David, but not most of the other kings. Peter/Cephas yes; but Andrew (“manly”), Philip (“lover of horses”)? James and John were Boanerges, “Sons of Thunder”, but we are unclear as to how they got that nickname. How about Judas Iscariot, who shares his name (“Yahweh be praised”) with the more commendable Judah the patriarch, Judah Maccabee, and Jude the brother of the Lord?

In Genesis, Adam and Eve have names that mean something, as do Cain and Seth; but Abel’s name (“breath” maybe?) could lead anywhere or nowhere.

Plenty of Bible names are a dead end for the exegete. Barnabas was aptly name; but what about Silas/Silvanus (the latter the name of a Roman woodland god)? Paul would have had three Latin names; the one that we know (“Paulus”) means “little,” and so some see proof that he was a short man. The logic of that soon falls apart, once we remember that like all babies he received his name while he was very short. His name in Hebrew, Saul or Sha’ul, may be related to the Hebrew (“the one asked for”), but who did the asking? It’s entirely possible that he was named for a favorite uncle or benefactor.

The four young men in Babylonian Captivity communicate a message:

A preacher might show that, what is significant is not the meaning of each name, but the fact that the Babylonians deliberately tried to erase and defile the Jewish identities of these captives.

The reader might wish to consult http://en.wikipedia.org/wiki/List_of_biblical_names which gives long lists of Scriptural names and their possible meanings. For my part, putting aside those names which the Bible remarks upon, I could not find one name in twenty that might possibly convey some plausible coded message; and if the message is not clear, then perhaps the etymology of the name should say nothing at all to the reader.

Place names (toponyms) have meaning if the Bible indicates it is so; beyond that, the preacher should beware. Like proper names, some few are significant, but the majority are not:

Bethel means “house of God,” so named by Jacob because of his vision. Eben-Ezer means “Stone of Help.” But Bethlehem, which is probably “house of bread”? Beersheba probably; but Jericho, hardly, although Augustine famously used its possible meaning of “moon” to take it as a symbol of our mortality, because like the moon “it is born, waxes, wanes and dies.”

Exegesis, if done properly, is hard work. Still, let’s remember that every Sunday we are preaching to people who worked hard all week at their respective jobs, and most importantly, are God’s chosen people. They deserve a message based on the inspired Word, delivered with much prayer, through a Spirit-filled preacher. They deserve holy and loving craftsmanship that is properly sketched out, assembled, sanded, finished and ready for use.

[1] Just to give an example, this month I’m reading Mark in the Greek and Isaiah in the Hebrew and in the Septuagint, for my daily devotions, in addition to praying through the psalms in English. This is beyond my courses, teaching Greek grammar and the Greek of the General Epistles, plus researching an article on 1 Thess 5. This is hardly anything more than others in my sort of ministry are doing. See My four decades in the Bible – Part III

[2] In the Matthean Great Commission, the KJV has “Go ye therefore, and teach all nations…whatsoever I have commanded you: and, lo, I am with you always.” Meanwhile, the ESV has “Go therefore” and “behold, I am with you always.” Now, it is clear from the context that Jesus is speaking to more than one person, but it’s worth clearing that up. Jesus said to Nicodemus, “Art thou a master [teacher] of Israel” and then declared, “Ye must be born again.” Nicodemus, singular, is a teacher; then “you”, plural, that is, “all of you Israelites” must be born again. I’ve seen this used as an argument in favor of using only the KJV, by the way, an unconvincing proof.

[3] The NIV 2011 follows the rule that, when the Greek speaks only of males, the English must do so, the same with females, but when the original is generic, it makes that clear. These versions actually give a sharper understanding of the biblical text. Compare the ESV with the NIV 20111:  Acts 1:21-22 ESV – “So one of the men who have accompanied us …one of these men must become with us a witness to his resurrection.” According to the philosophy of the ESV translators, “men” is an appropriate translation for “men as adult males” AND for “men and women”; hence the reader is left guessing, is Peter calling for a man to be the new apostle, or for a person? In the NIV 2011, by contrast, the women are women and the men are men; thus when it translates “one of the men,” the reader knows that Peter is speaking of an adult male, not a woman. The same thing happens in Acts 6, when they choose the Seven. ESV – “pick out from among you seven men” – but is it men, or men and women? The NIV is better with – “choose seven men from among you”. As in Acts 1:21-22, the text has the Greek anēr, which means man as male, not man as human being. In passages such as these, when the NIV 2011 says man, you know the Greek is talking about adult males; meanwhile, the supposedly more literal ESV leaves the door open for women apostles and members of the Seven, even though the Greek text does not. The preacher should mention this, unless the church is using a version that is gender-appropriate and doesn’t need a boost from the Greek text. In my opinion, all things being equal, that translation is better which is self-explanatory with regard to the sex of the person in a verse, and doesn’t require an additional appeal to the Greek; for example, in the NIV 2011, the men are men, and the women are women. See Is the NIV 2011 a Satanic, Homosexual, PC Bible? Part II

[4] I have taken most of these data from the New Bible Dictionary, 3rd edition.

[5] I deal with many Messianic Christians, who argue that we must use the form Yeshua, since Jesus is a pagan name and was never used in the New Testament times. This is wrong for so many reasons; for example, I have used the TLG software to search through all Greek literature from the earliest antiquity through about the 4th century AD: “Jesus” was used only by Jews. Hence, “Jesus who is called Justus” is a Jewish Christian in Col 4:11; he has a Hebrew name in its Greek form Jesus, and a sound-alike Latin name, Justus (“the just one”).

[6] In fact, I happen to know that, like many people, I bear my names simply because my mother liked the sound of them; also, I’ve lately read that “Gary” was popular in the 1950s, but only for a short time, because of the fame of actor Gary Cooper.

“But the Greek REALLY says…” Why Greek and Hebrew are not needed in the pulpit, Part 3, by Gary Shogren, PhD in New Testament Exegesis, Professor at Seminario ESEPA, San José, Costa Rica

7 thoughts on ““But the Greek REALLY says…” Why Greek and Hebrew are not needed in the pulpit, Part 3”