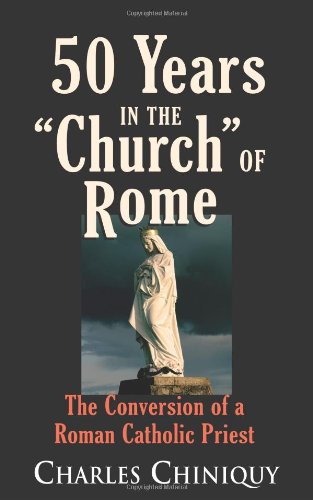 There is a whole genre of exposé literature, interviews, videos that follow this familiar formula: “I am an ex-[whatever] and I am going to reveal the shocking inside secrets.”

There is a psychological side to this, which I explored here, that some people rewrite their history in order to erase the fact that they have lived very ordinary lives. I quote:

After the sinking of the Titanic, newspapers discovered a strange trend: there were individuals who were stepping up, claiming to be Titanic survivors, going so far as to tell details of which lifeboat they were in and what clothes they wore and how the ship looked when it went under the sea. But when investigated, many of them had not been on the ship, were nowhere near the sea at the time, and some had never crossed the ocean at all. Some of these fakers were looking for money and fame; but others seem to have been swept up in their own fantasies, creating a story about their survival that became part of their personality. In the same way, at least one person claimed to have escaped the WTC attack on 9-11 and that her beloved fiance had been killed when the other tower fell. She became a celebrity survivor – until it was discovered she was not in New York at the time, but in Spain. Her story is told in the fascinating documentary “The Woman Who Wasn’t There”.

I just flipped through a defense of Alberto Rivera, which was basically a rant against those who had any doubts in him, but also kept playing off the notion, “What would he have possibly conceivably gained by lying?” I can see one huge gain, one which has been played out all along human history: he went from being a nobody, to being – in a limited but fanatical circle of followers – an international hero. Sad to say, that attracts some people, and given what we know about cognitive processes, it’s entirely possible that he came to believe in his own narrative.

So, how can we sift out the more glaring fakes from the legitimate “anonymous sources”?

One sign of a fake Whistle Blower is this type of narrative: their claims are on the one hand grandiose, uncovering some horrific plot that threatens all humanity; but on the other hand they insist on remaining anonymous, giving out that they are afraid of losing their job, or their reputation, or that they fear for their personal safety.

Now, if someone doesn’t want to give their real name when they reveal some mundane insider information, that’s probably understandable, as in, “An unnamed source close to the Oval Office says that the president is leaning to, etc.” But let’s think of those “former whatevers” who spill the beans that the human race is about to be destroyed; that the government is poisoning us; that reptiles are running the planet; that the antichrist currently resides at such-and-such address. Issues of life or death. Now, my questions are as follows: (1) What class of moral delinquent would shrink from risking their job (or even their life!) if it’s going to save billions from extermination or damnation? (2) And if the “informers” in question thereby prove themselves to be of such demonstrably low character, then why in the world should I trust in anything they tell me in the first place? Let alone unverifiable revelations.

Here’s an example: on YouTube a “Secret Chemtrail Pilot Speaks” – on condition of anonymity of course! – and divulges that the US government is, or is about to (he is a bit vague on this) commit genocide against its own people. He states: “I risk everything for disclosing so much information, and you will find very few like me. Even my own flight crew, would have me arrested and court martialed, if they knew of this dialogue.” Arrested? Court-martialed? What’s the meaning of such undiluted cowardice, if such a person (if the pilot even exists, which I seriously doubt; the video who says he knows a guy who knows a third party who has a friend who knows an Air Force pilot who sprays chemtrails – that’s five degrees of separation) uses this to justify why he won’t take steps to prevent a Holocaust?! I certainly hope that I “will find very few like” him. Sorry, friend – either stand up for the human race and risk not getting that promotion; or else, step off and stop peddling what I must assume are your fictions!

Q of QAnon is the clearest and vilest example of this phenomenon. This anonymous person claims to have a Q clearance (which would put him in the Department of Energy, not in an intelligence agency) in the American government; and that he has access to information that the world is really run by sex-trafficking pedophiles. He gives no proof, but is happy to hint at the secrets he knows. Again, why would a person who is privy to millions of small children being violated and enslaved not come forward with his information and bring down the house of cards? Because it breaks departmental rules? Because it’s against the law? Because he might lose his job? Or his life?? I am certain that any of my readers would lay down their livelihood and even their lives to rescue these millions of victims. The fact that Q has not, means either that Q is lying, or that he is inhuman – no, better, subhuman.  And yet, millions will follow Q, blindly, joyfully! Why? Because of “cognitive bias”, see below. Q says things that strike people as true and profound, and so he must be the real thing. (By the way, this is the exact same reason why people for over a century have accepted The Protocols of the Learned Elders of Zion as a true exposé of Jewish manipulations of world events.) 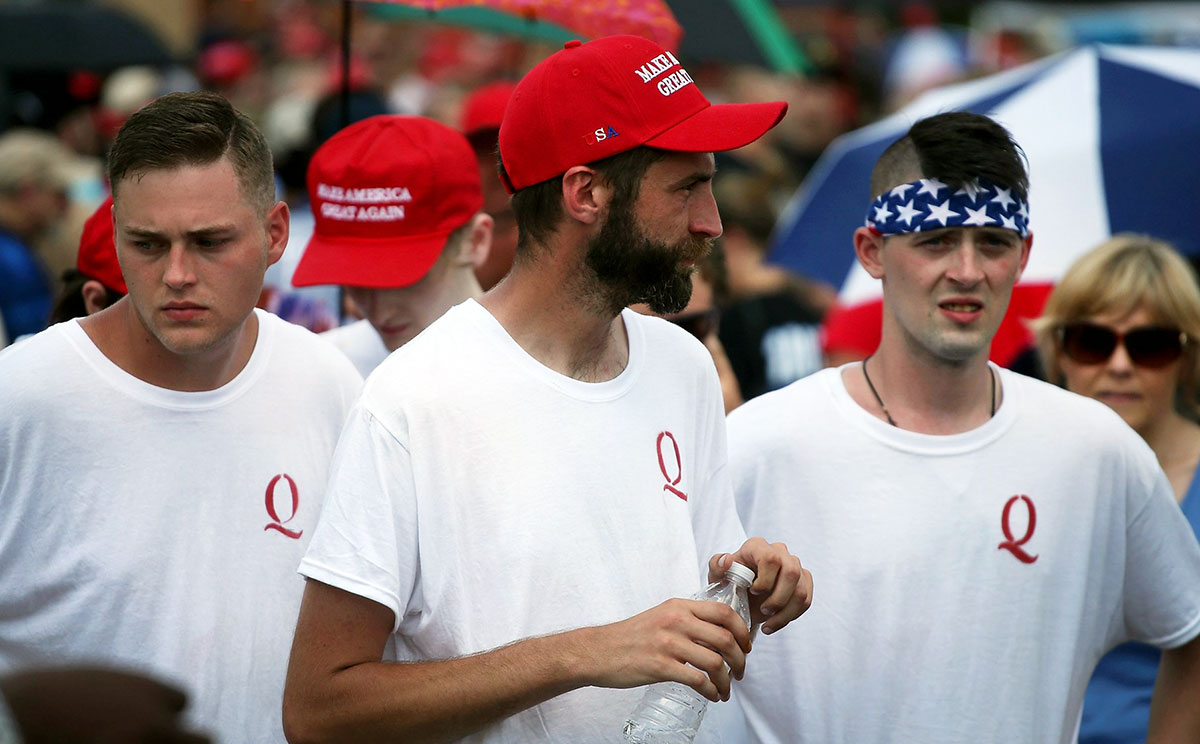 Anonymous pilots, anonymous Department of Energy operatives: remind me never to hide from the Nazis in these guys’ cellars!

“Former-whatevers” play to our confirmation bias: we will tend to accept what they say if it confirms what we already believe, but reject it if it runs contrary to our beliefs. That is why, if you read something that deeply resonates within you, that may be a sign that you should be more, not less, alert. So, before you take someone’s word for it when he says, for example, “Jehovah’s Witnesses secretly torture small animals as part of their worship – Ex-leader reveals all!” you might want to use your skeptic spectacles. The one above, the exposé that alleges abuse in a “tough love” youth camp, also brings out the confirmation bias: some are predisposed to think that “all teenagers complain they are being abused, therefore they are just whining that they had to make their beds or something, and it’s probably a false story.” Others might say – and this is the direction in which my own confirmation bias nudges me – “I think that such authoritarian situations do breed abuse of power, so it’s probably true.”

Keep watching the skies! Or rather, keep ignoring the faked news!

PS [21 November 2021] I have just read that John Ramírez, who claims to be an ex-Satanic High Priest, states about Hallowe’en, that ‘when you dress up even as an angel or a mermaid for Halloween, “you give the devil the legal rights to change your identity.”’ A couple of  comments here: I have read his biography, Out of the Devil’s Cauldron, which gives the long-form version of his testimony, not the short one he gives on the news in New York City. In it he does not claim to have been a Satanist, but a follower of the Afro-Caribbean blend of polytheism and Catholicism religion of Santería; Santería and Satanism and Voodoo are different things, although to make one’s conversion look more dramatic, one might claim to have been a Satanist. Second, it matters not what he is an “ex” from – he is promulgating extra-biblical doctrine with his costume teaching. Just because someone comes from a certain background and claims to have the inside track, does not mean we should yield them the authority to created new doctrines. And just because a man with insider knowledge states something that anti-Hallowe’eners resonate with does not mean we should give them a free pass.

PS [22 May 2020] – As I was going through 1 Corinthians once more, I came across the same phenomenon, of “ex-pagans” who claimed to have a deeper insight into paganism than did Paul or other Jewish Christians. They refused to eat food from the market that might have previously been offered to a Greek god. They seem to have believed that, in the ritual, demons entered into the food, and that the person who ate it was inviting demons into his life. The ex-pagan might well have said, “You Jewish people have no idea of the hellish power of these demons! Remember the Legion of demons that went into the pigs?Well, believe me, when I was a pagan, I saw things – and was told things second-hand – that would curl your hair!”

These believers were more focused on demons than the Creator. And as Paul says, the bottom line is that “the earth is the Lord’s and everything in it,” therefore the question of demonic infestation is ultimately a moot one (1 Cor 10:26, quoting Ps 24:1). Paul calls these Christians “weak”, and redirects their zeal: to be sure, he concedes, there are demons behind those statues; nevertheless, they are all subject to Christ. Christians should never partake in pagan sacraments, but they can sleep easy if they have eaten food sacrificed to idols, either on purpose or by accident. And for those “strong” Christians who conspicuously eat such meat and thus cause severe damage to the weaker brothers, Paul has no tolerance: “So this weak brother or sister, for whom Christ died, is destroyed by your knowledge. When you sin against them in this way and wound their weak conscience, you sin against Christ.” (1 Cor 8:11-12).

I have seen Christians today with the mindset of the “weaker” brother; Chick Publications in particularly sees a soul-destroying demon under every rock.

[1] The documentary “Kidnapped for Christ” (2014) is a study of Escuela Caribe in the Dominican Republic. Here in Costa Rica, there was a scandal a few years ago about a similar tough-love program, see http://www.ticotimes.net/2006/07/21/tough-love-camp-owner-faces-trial

“I don’t believe it!” Thoughts on Truth and Social Media – Part I

“I don’t believe it!” Thoughts on Truth and Social Media – Part II

“I don’t believe it!” Thoughts on Truth and Social Media – Part III, from which this post was taken

“‘The Paranoid Style in American Politics’ has its 50th Anniversary”

“Did a NASA Supercomputer Prove the Bible?”

Did They Discover a Giant Skeleton? Well, No.