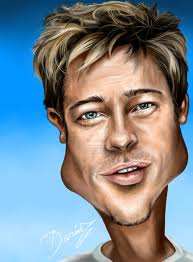 It’s summertime, let’s stroll down the boardwalk! Inevitably there’s someone drawing chalk pictures of self-conscious passersby. His caricature is a sketch of a person which exaggerates some aspect of one’s appearance or character. At the beach, it’s meant to be fun; on the editorial page it might demean. In some hands, it is a weapon: all propaganda contains a dollop of truth blended with distortion.

The Scripture tells us not to bear false witness against our neighbor (Exod 20:16). The CEV version has, “Do not tell lies about others,” which captures part of the verse; you might say something untrue: “Shemaiah stole my ox!” (when he really hadn’t). Another, more sinister version is to offer a distorted picture: “Shemaiah” (who is quite reputable) “has over the years committed the following 27 offenses against me; he is no good.”

In 1 Corinthians, Paul delivered a carload of hard statements: You harbor an incestuous church member! You nullify the meaning of the Lord’s Supper! You go to prostitutes! You’re arrogant! And this is only the beginning. He will speak frankly and at time angrily. But that does not prevent him from sincerely noting the Corinthians’ spiritual successes in the first few sentences of the letter. His disappointment does not poison him with negativity.

In a typical letter of the day, a writer would start with a paragraph or so to speak with his hearers, before getting to the main business at hand. This exordium (ex-OR-dee-um) was an expression of friendship and respect that served to re-establish the relationship between sender and recipient. Here in Latin America, it would be like offering your guest a cup of coffee and talking for a while about family and shared interests; then, when you are both comfortable, you might say, Carlos, the main reason I wanted to talk to you was… Perhaps Carlos will be better disposed to hear something difficult, given that you have already reaffirmed your friendship.

In a letter the writer was not able to communicate with smiles, gestures and general conversation. He ran the risk of moving too quickly to a difficult theme and possibly alienating his friend. So he would write something positive and friendly in the beginning as a reminder of his continuing love, and only then go on to the hard issues.

In 1 Corinthians, the exordium appears in 1:4-9; he emphasizes God’s grace and their spiritual gifts –

I give thanks to my God always for you because of the grace of God that was given you in Christ Jesus, that in every way you were enriched in him in all speech and all knowledge – even as the testimony about Christ was confirmed among you – so that you are not lacking in any gift, as you wait for the revealing of our Lord Jesus Christ, who will sustain you to the end, guiltless in the day of our Lord Jesus Christ. God is faithful, by whom you were called into the fellowship of his Son, Jesus Christ our Lord.

Was Paul like many teachers of the day, merely trying to flatter his audience before he lowered the boom on them? Was he saying things he did not believe in order to manipulate their feelings and leave them vulnerable to coercion? Not at all, and in fact Paul immediately goes on to reject the empty calories of pleasing rhetoric. Instead, he is truly is grateful for the work of God among them, even if (1 Cor 12-14) they have misused some of his gifts.

Some preachers seem incapable of uttering a negative word of warning or rebuke; they are not our concern here. Another failure to love is this myth that the only preaching that is faithful is that which is harsh and cutting. I have heard messages like these, mere caricatures of the congregations that heard them:

Yet Paul, who consciously provides the reader with a model of how a pastor should act, did not dwell on the negative side more than was fitting, even in a situation as nasty as the Corinthians’. He did not beat the sheep.

What does it mean to speak God’s truth? It means to describe the other’s state in relation to the gospel, neither excusing the wrong nor ignoring the good. To tell the truth does not mean simply to say accurate things; it also means to say the truth in accurate proportions.

Studies in 1 Corinthians by Gary Shogren

“Pastor, tell your flock the truth about itself [Studies in 1 Corinthians],” by Gary Shogren, PhD, Professor at Seminario ESEPA, San José, Costa Rica

One thought on “Pastor, tell your flock the truth about itself [Studies in 1 Corinthians]”