By “Highlights” I do not mean the kids’ magazine, that staple of my dentist’s office as a kid, but rather my favorite reads of the year. I read 104 books in 2018 as I pursued my goal of two books a week; this does not include daily Bible reading or magazines. One happy turn was that in 2018 I spent 7 months in the States, a short distance from the Ronks Public Library and also from the library in Lancaster Bible College. Karen and I also listened to a number of these titles as Audible books as we traveled around the Northeast.

Unless I indicate otherwise, I would recommend all of these books.

Septuagint: Every year I form a group of Bible students on Facebook, where we push each other to read the Scriptures in the original languages. In 2019-2020 we are, Heaven willing, reading the entire Septuagint (known as the LXX) from cover to cover. This was the massive writing project of the rabbis, who between the 3rd-1st centuries BC rendered the Bible from a Semitic language, Hebrew, into Greek – they were apparently the first to undertake such a leap. We began the first week of 2019, and to prepare I read A Handbook to the Septuagint by Ottley; The Septuagint by Jennifer Dines.

Devotional: C. S. Lewis, The Weight of Glory, is a series of sermons. One of them contains his famous statement, “It would seem that Our Lord finds our desires not too strong, but too weak. We are half-hearted creatures, fooling about with drink and sex and ambition when infinite joy is offered us, like an ignorant child who wants to go on making mud pies in a slum because he cannot imagine what is meant by the offer of a holiday at the sea. We are far too easily pleased.” Half-hearted creatures, indeed!

1-2 Timothy: I am writing comments on these epistles for Wycliffe Associates, and they ask that we contributors choose a certain number of commentaries in our research. I’ve decided that my favorite technical work is by Bill Mounce, Pastoral Epistles (WBC), but I’m also very impressed by the shorter volume by Jouette Bassler, Abingdon New Testament Commentaries: 1 & 2 Timothy and Titus. Other commentaries, all of high quality: Ceslas Spicq; Luke Timothy Johnson; I. Howard Marshall; Philip Towner; George Knight. I have read and reviewed the 1999 commentary by Quinn and Wacker, but did not use it for this project.

Classic Theology: I would have to say the most impressive volume was by Richard Hooker, A Learned Discourse on Justification (1553). His approach, controversial both then and now, was to raise the daring question, Can people who do not understand all the aspects of the gospel still be considered Christians? Oh, and, I read Calvin’s Institutes cover to cover, a recording from Librivox.org.

Greatest disappointment in theology: I admire Shūsaku Endō as an author of fiction, and I do appreciate what he was trying to do with his A Life of Jesus (1973): “to make Jesus understandable in terms of the religious psychology of my non-Christian countrymen and thus to demonstrate that Jesus is not alien to their religious sensibilities”. But in the end, he whittled Jesus down until little remained except a decent teacher and caring friend.

OTHER RELIGION: I try to read some Scriptures of other faiths every year. This year it was The Analects by Confucius, which I highly recommend.

BOOK BY A FRIEND: Lisa Radcliff gets a slot all by herself, our friend from Grace Bible Fellowship in Quakertown, PA. Hidden With Christ: Breaking Free from the Grip of Your Past deals with the sexual abuse of abuse in a moving, theologically-informed, and thoughtful manner. Here is my review.

FICTION: I think I will have to nominate The Heart Is a Lonely Hunter by Carson McCullers, a clever study of the intertwining lives of finely-drawn subjects, particularly tomboy Mick Kelly. 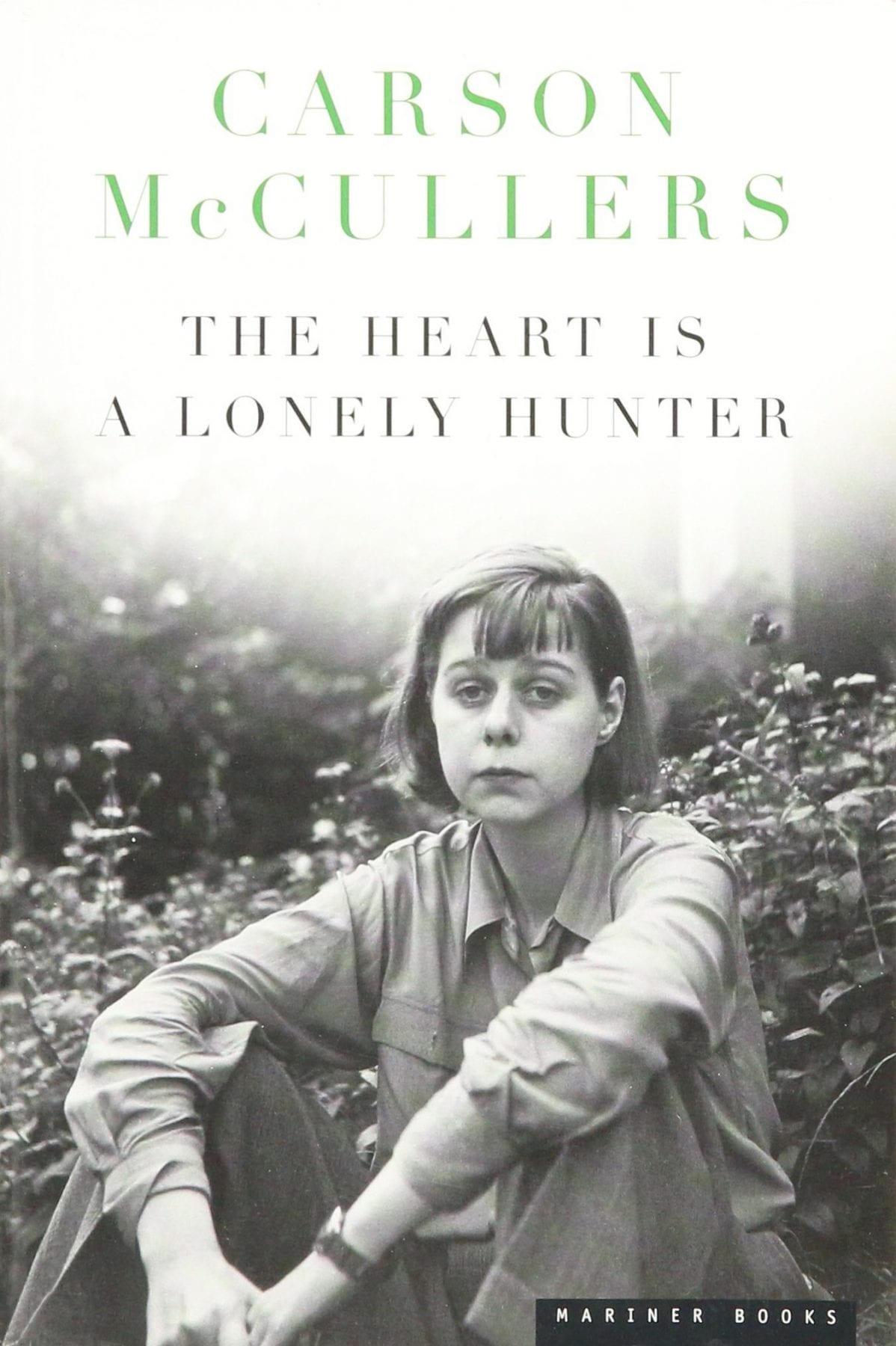 SCIENCE FICTION: I have seen both movie versions (1980 and 2002) of the classic, The Lathe of Heaven by Ursula K. Le Guin. How would it be if an individual kept having “vivid dreams” that reshaped the world? The book holds up, and the predictions are still prescient, despite the fact it was written back in 1971.

JAMES BOND: I haven’t cared for the movies since Sean Connery retired, but I had been told that the novels were worth reading, even though their “high tech” is very out of date. One of my professors (come to think of it, he was the author of one of the commentaries mentioned above) once referred to these Ian Fleming books as “studies in original sin”. Actually,  James has higher ethics in the books than he does on film, and he spends as much time in the office, doing paperwork, than he does chasing the ladies. Started with Casino Royale (1953) which was also the very first movie – a live 1954 TV production, with the American (!) Barry Nelson playing Bond and also starring Peter Lorre. 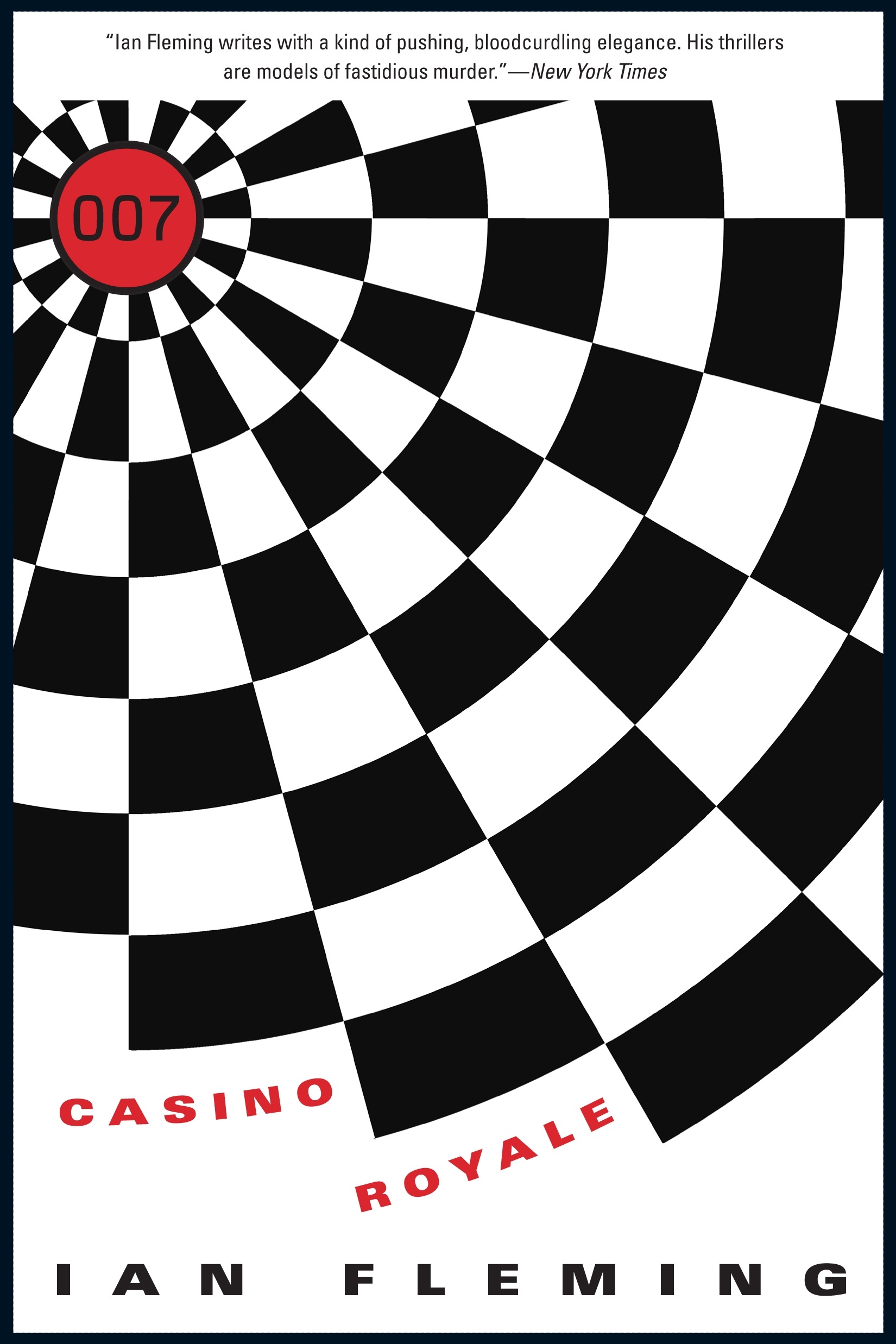 BEST FICTION REREAD: The Adventures of Augie March by Saul Bellow is still one of my favorite American novels, and it holds up on rereading. By the way, I cannot imagine reading it other than as the Audible recording, which nicely captures the various accents. Bellow writes like a house afire, and from the first lines he plows through 600+ pages without taking a breath:

I am an American, Chicago born—Chicago, that somber city—and go at things as I have taught myself, freestyle, and will make the record in my own way: first to knock, first admitted; sometimes an innocent knock, sometimes a not so innocent. But a man’s character is his fate, says Heraclitus, and in the end there isn’t any way to disguise the nature of the knocks by acoustical work on the door or gloving the knuckles. PLAYS, all viewed as videos

HISTORY: This was a rich year for history studies. Two books dealt with important finds of Jewish documents and Scriptures, and both read like mystery novels: Sacred Treasure – The Cairo Genizah by Mark Glickman; The Aleppo Codex: The True Story of Obsession, Faith, and the Pursuit of an Ancient Bible by Matti Friedman. Very impressive history book – 1491: New Revelations of the Americas Before Columbus by Charles C. Mann is a terrific overview of the Americas from the arrival of the Native Americans up to coming of the Europeans; he explores the massive quantity of new data that has been uncovered just in the 21st century. The Meaning of Everything: The Story of the Oxford English Dictionary by Simon Winchester explores the production of the final authority of all English vocabulary.

HISTORY MADE RELEVANT BY TODAY’S HEADLINES: A Conspiracy So Immense: The World of Joe McCarthy by David M. Oshinsky explores both the history and the psychology behind McCarthyism. A very different book is Republican Theology: The Civil Religion of American Evangelicals by Benjamin T. Lynerd; “republican” with a small “r”, that is, not the GOP. The abstract says that “Since the founding of the United States of America, American evangelicals have espoused a political theology that sees limited government as a condition for a thriving church and accordingly tilts toward libertarian politics. This ‘republican theology,’ however, also predicates the republic’s longevity on the church’s capacity to elevate civic virtue, an impulse toward moral activism that often cuts against the libertarian grain. How evangelicals navigate the logic of their civil religion forms the subtext of their participation in American politics.” In simpler terms, how does the church juggle a desire for less government with a call for more government intervention on (select) moral issues?

Blue Ribbon in history goes to Destiny of the Republic: A Tale of Madness, Medicine and the Murder of a President by Candice Millard. She explores the shooting of 20th President James Garfield in 1881 and his slow death as the victim of outdated medical prejudices. Who would have guessed that James Garfield would become one of my favorite US presidents? As a reformist, a fighter against political corruption, and a leading progressive on such issues as racial equality, he now stands in my mind as the true successor of Lincoln, tragically cut down after a few months in office.

SHOULD HAVE READ AS TEENAGER: The Autobiography of Malcolm X, not great literature but a remarkable memoir.

PROTO-FEMINISM: Two outstanding books, immaculately argued, that were seriously progressive when written, and, compared to today’s complementarianism, still a bit on the edgy side. First, A Vindication of the Rights of Woman: with Strictures on Political and Moral Subjects (1792) by Englishwoman Mary Wollstonecraft. She was also the mother of Mary Shelley, author of Frankenstein. Then The Subjection of Women (1869) by the utilitarian philosopher John Stuart Mill. Both available as audio books from Librivox.org.

DISAPPOINTMENTS for 2018: Finally read Wuthering Heights by Emily Brönte. It’s great literature (they tell me) but mainly it seemed an unending parade of odious individuals. Travels with Charley: In Search of America – Charley was his poodle – by John Steinbeck was also a letdown, not least because it’s a Steinbeck. So: Steinbeck muses on the new invention, mobile home parks. Steinbeck on Khrushchev. Steinbeck on what can of food he decided to open for supper. Steinbeck regularly telling us Charley has a weak bladder. So basically, imagine if Steinbeck had a Facebook page. I understand his health was failing when he wrote it, but he seems to have phoned this one in; and he also faked a lot of his supposed experiences. More unpleasant than dull was the literary full nelson Leviathan by Thomas Hobbes, probably the sharpest argument ever written on why you should surrender your rights to the government, once and for all.

Didn’t-even-make-it-to-the-Disappointments-Column: I won’t bother to list these books I bailed on because they didn’t justify their claim on my time. For every book I’m unimpressed with, there are twenty more waiting patiently in line – time is short, and you don’t read two books a week shilly-shallying over lost causes. Guess we could say these books were my “Goofuses” of 2018.

And, the GRAND TOTAL of books I can remember having read (I have every single one logged on my Goodreads page), starting way back with Dr. Seuss and Curious George? As of New Years Eve – 2,047.