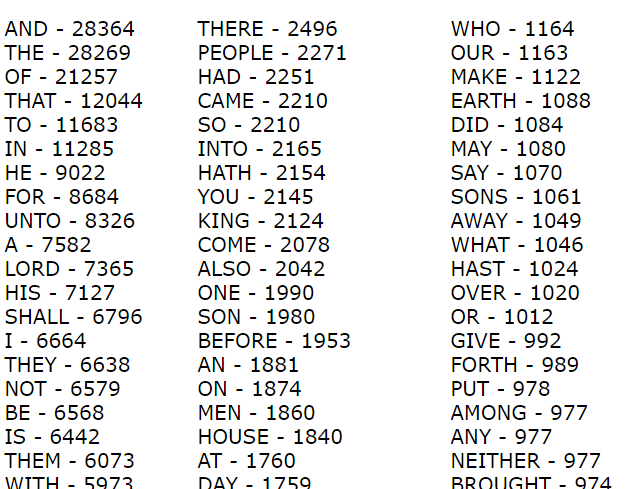 It is a common idea that doing Bible word studies is the method for digging deep into the Bible.

A common enough idea, but a myth. One propagated by some popular “expository” preachers, in fact, who take a somewhat useful tool and use it on all the wrong jobs.

To illustrate: if you were to do a Word Search Game on the Bible, the vast majority of words would be things like “is, are, the, a, an, some, of, this, that, to,” etc.

Here’s how the frequency list begins in the KJV, for example, and the same principle applies in the Hebrew and Greek – 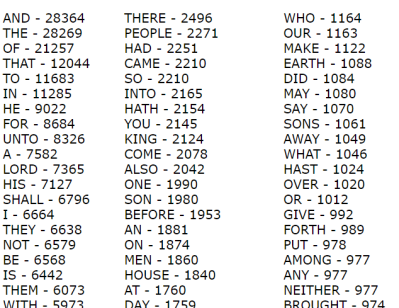 Added note: a method that seeks to interpret the Bible by such breaking down of the text into its tiniest components is said to be “atomistic.”