Every year I join the Goodreads Reading Challenge (take a look at the wonderful site, www.goodreads.com, where you can log your reading). This year, as in the past few years, I have set the goal of reading 104 books, an average of two per week. Some are shorter novellas or tractates, some are long novels or history books; to make it easier, I count everything as “1 book read.”

SEPTUAGINT – THE OLD TESTAMENT IN GREEK

The Septuagint (abbreviated as LXX) was a Jewish translation of the Bible from the original Hebrew into koine Greek. It was the Bible of many synagogues in the Jewish Diaspora, quoted widely by Jewish writers, used at Qumran (some Dead Sea Scrolls are from the LXX), and the Bible of the early church. The apostles almost always quoted the LXX when they quoted the Bible. The Greek OT and New Testament formed the Bible of the early church. So, it is a huge help to understand the Old Testament, the theology of Judaism, the New Testament, and early church history. It’s also a huge boost to one’s level of koine.

Why pick this year to read the Septuagint? Because Hendrickson Publishing had just put out a Reader’s Version, which puts the unusual vocabulary words in footnotes – so a reader with a good grasp of Greek can read through it without a dictionary. That’s 3400 pages of Greek; for me, about 20 minutes every evening!

So, I started a Facebook Reading Club and set up a schedule for the reader to go from cover to cover (in the LXX, the Bible starts with Genesis and ends with Daniel). On New Year’s Day we launched Genesis 1…

…and read through Proverbs, all Greek all the time. Our goal is to finish the whole LXX on New Year’s Eve of 2020.

I wrote a translator’s commentary on 2 Corinthians for Wycliffe Associates. I used about eight commentaries as my resources: my favorite overall? Second Corinthians, by Murray Harris, NIGNT.

Irenaeus on the Christian Faith: A Condensation of Against Heresies, by James R. Payton Jr. Irenaeus wrote what was probably the most important Christian book of the 2nd century, Against Heresies. Not only did he break the back of Gnosticism; he also spelled out an outline of the Christian faith, “that which is believed by all Christians in all places.” Payton has removed or condensed most of the analysis against false teaching and culled out the positive teaching. He has also transformed five thick, difficult, volumes into about 200 pages. Available on Kindle!

Spirituality of the Psalms, Walter Brueggemann. This is the best, and short, treatment of the Psalms that I have read. I don’t agree with all of his analysis, but his distribution of the 150 psalms into psalms of orientation, disorientation, reorientation is very helpful.

Gary Burge, Whose Land? Whose Promise?: What Christians Are Not Being Told about Israel and the Palestinians. He has a more theological book called Jesus and the Land: The New Testament Challenge to “Holy Land” Theology. Burge is a fellow graduate of Aberdeen University and a New Testament scholar. He has written two books on Israel and Palestine. Here he argues that Christians have been pulled in to unquestioning support of Israel – particularly the Likud’s policy of West Bank Settlements – to the detriment of God’s commands for justice. Especially disturbing is the account of how Palestinian Christians were expelled from Nazareth and their houses bulldozed, in order to put up a mall and luxury condos.

Henri J. M. Nouwen, The Return of the Prodigal Son: A Story of Homecoming. I have read several Nouwen books, and this one was a keeper. He explores his own spiritual pilgrimage through the parable of Jesus and a detailed interpretation of Rembrandt’s “Prodigal Son.” He is like the prodigal, and then the father, and then the older brother.

The Captive Mind, Czesław Miłosz. This key work from the 1950s, from a Polish man who barely survived Hitler, only to see his nation sucked into the Stalinist system. Even better than Aleksandr Solzhenitsyn (I also, finally, read Gulag Archipelago this year) as an apologist for freedom against the Stalinist death of the mind.

Cal Newton, Digital Minimalism: Choosing a Focused Life in a Noisy World. Good, not great , and they say his other ones are better. But this gives terrific help on how to shut down the digital noise of the modern world. Put your phone aside and look around!

Mick West, Escaping the Rabbit Hole: How to Debunk Conspiracy Theories using Facts, Logic, and Respect. Wonder how to think about those rumors by the anti-vaxxers, the 9-11 truthers, the people who say jets are spraying us with chemicals to make us docile and obedient to the government. Not only does he debunk these rumors, he also shows by word and example how to engage with their proponents. West is not religious, apparently; but I would wish that I as a Christian had his grace and kindness to those with whom he disagrees.

Detective stories! I have never read detective stories. But in 2019 I discovered the classics of American detective fiction, written by Dashiell Hammett, Continental Op, The Maltese Falcon, The Thin Man; and Raymond Chandler, The Big Sleep, Farewell My Lovely, and others. Great stories, but also a revelation of mid-20th century America.

John Steinbeck. Grapes of Wrath, Of Mice and Men, East of Eden, sure. But 2019 was a year to catch up on some lesser-known Steinbeck, and it was well worth it! Cannery Row and Sweet Thursday both deal with life in Monterey, California, before and then after the war. Just into 2020, I added The Wayward Bus – a book not favored by critics, but which I thought was great.

Juneteenth, Ralph Ellison. His Invisible Man is my favorite 20th century American novel. Ellison’s “other book” took him many years, and was finished only posthumously. Since it was a Second Act, I was prepared for Juneteenth to be a major disappointment. It was not! Ellison fans need to read it, but if you have to choose, go with Invisible Man.

Gravity’s Rainbow, Thomas Pynchon. Winner of prizes, praised by critics as the great postmodern novel, I had to read it at some point! At 776 pages its main problem was, to quote Ambrose Bierce, “The covers of this book are too far apart.” I listened to the Audible recording, and when I finished Part II, I thought, “Finally, we’re drawing to a close!” Then I realized that there were two further parts, and I was only halfway there! But after a breather, I pressed on. Worth reading, although – have I mentioned this? – it’s really long. It’s plot? An expert in rocketry during WWII and after VE Day, travels Europe, has multiple affairs, meets odd characters, questions the meaning of the universe. It ends with the dropping of the bomb on Hiroshima.

Snow Falling on Cedars, David Guterson. A humane and gripping story, involving race – Japanese residents are interned during WWII, a sailor dies and a Japanese man is charged. Engaging without being cloying, I would recommend it to anyone. 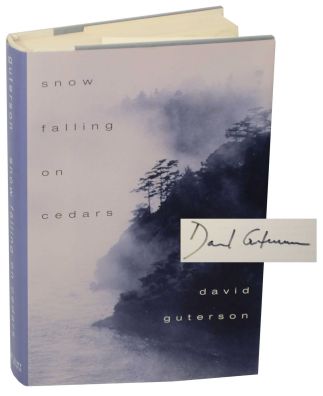 The Shining, Stephen King. I never read detective stories (as mentioned above) nor Stephen King novels. I loved the movie, and was told the novel was different, but equally excellent. It was both.

See you in January, 2021, I hope with the news that I and our group have finished reading Daniel LXX!

According to Pew Research Center, about 25 percent of American adults said they haven’t read a book in the last year in any form. What was YOUR favorite book in 2019?