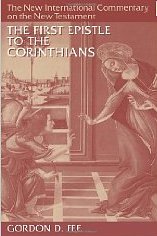 “When you’re deciding which commentary to add to your library, what are the most important things to consider?” So asked Logos Bible Software on Facebook? To summarize my response:

1. Careful attention to the text, not an “agenda” (I see too many famous “exegetes” who merely reiterate what they already “know to be true”). I’m Reformed, but also thoroughly enjoy Wesley, the Greek and Latin Fathers, Catholics, Pentecostals, so long as they’re really dealing with the text. An ability to see the Big Picture. A commitment to theology and praxis. Open to seriously consider new ways of looking at the text.

2. Date. I read a lot of ancient works; for my 1 Corinthian commentary, I was constantly in 1 Clement, Tertullian, Origen, John Chrysostom, Theodoret of Cyr and others. Nevertheless it’s hit-and-miss with the “classic” commentaries. Logos just put out a large group of century-old commentaries on 1 Corinthians for $40 – a great price, but I’ve used Goudge et al.in my own studies, and would have rather spent that same money on a single book, such as Fee, Thiselton or Witherington. Books are usually cheap for a reason – their copyright is expired. You will get what you pay for.

There is a myth that “older is better,” but this simply is not so: older writers worked with much less reliable data than do modern writers; they were not necessarily more sound in their theology nor spiritually deeper. I could not imagine recommending, for example, the Pulpit Commentary.

3. Grasp of the Original Languages. A commentary is not reliable just because it refers to the Greek and Hebrew. There are plenty of works, especially those published before the 1960s, where the author shows a poor grasp of semantics. I found Ernest Best’s commentary on 1-2 Thessalonians to be very useful; nevertheless, it is sprinkled with misunderstandings about the meaning of the Greek verb system. I won’t list other commentators, but there are very popular preachers and writers who apparently have just a couple of years of seminary Greek, and it shows.

4. Doctrine of the Spirit’s Illumination. The more I study and write, always hoping I’m using a sound hermeneutic, the more I discard the idea of “don’t look to the Spirit for a true interpretation.” I was taught to read the Bible like I would read a newspaper, but now that idea is repellant to me. When I read a paper, I have no prior commitment to accept it’s spin on the news; if I don’t like an editorial, I feel free to shrug if off or to write a letter to the editor. When I read the Bible, I’ve already decided to believe it, AND obey it, AND share it with others. None of this is possible without the Spirit’s direct help. One of the reasons I like authors like, for example, Gordon Fee or J. I. Packer or the late John Stott, is that without flaunting their spirituality, they give the impression of, “Here is a believer who seeks the Spirit in his research.” Bible study is a science, but not purely a science. Click HERE for an article on prayer and preaching.

4 thoughts on “How does one choose a Bible commentary?”