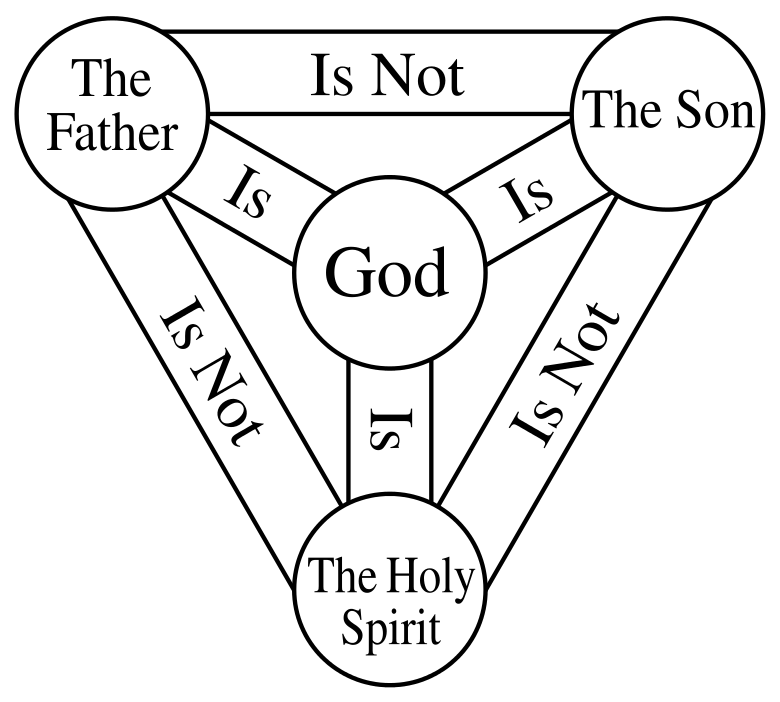 The next time Dan Brown tells you that the Roman emperor Constantine invented the trinity; or the Jehovah’s Witnesses tell you we worship a “three-headed God” – and they have been showing that fuzzy black-and-white photo for decades! – send them back to the history books! Especially this:

“The Church, although scattered through the whole world, even to the ends of the earth, has received from the apostles and their disciples this faith:

In one GOD THE FATHER ALMIGHTY, who made heaven and earth, and the sea, and all things therein;
and in one CHRIST JESUS THE SON OF GOD, who was made flesh for our salvation;
and in the HOLY SPIRIT,

[The HOLY SPIRIT] who through the prophets preached the dispensations and the advents, and the birth from a virgin, and the passion, and the resurrection from the dead, and the bodily assumption into heaven

of the beloved CHRIST JESUS OUR LORD, and his appearing from heaven
in the glory of the FATHER to gather all things together in one, and to raise up all flesh of all mankind,

in order that to CHRIST JESUS OUR LORD AND GOD [from theos/θεος] AND SAVIOUR AND KINGDOM,
according to the pleasure of the FATHER invisible,
every knee should bow of things in heaven and things in earth and things under the earth, and every tongue should confess to him…”

Irenaeus, Against heresies 1.10.1, around AD 180. He insists that he is articulating the faith of the universal church. A few decades later, the African church father Tertullian coined the Latin term “trinitas” (trinity) to describe our God, the Three-In-One.

The doctrine of the Trinity is one of the fundamentals of the faith. In fact, in the Greek Orthodox Church, not a Sunday passes without a proclamation of the Trinity. So – when was the last time you heard/preached a sermon on this theme so basic?

5 thoughts on “One God, Three Persons”