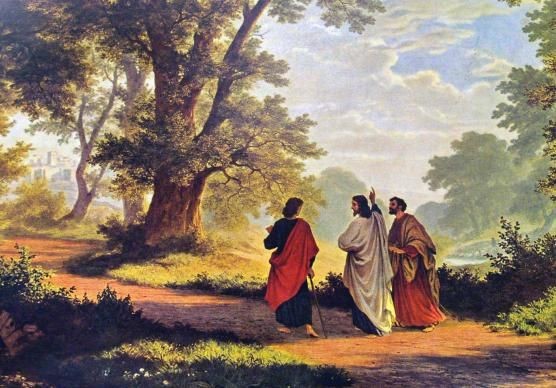 From the very beginning I was a reluctant blogger. Years ago, when my friend Mark suggested that I blog, my response was: “Isn’t that one of those things where I would go on and give random opinions and share vacation pictures?” Well, he answered, some blogs are like that, but listen, if it’s your blog, you can do whatever you want!

[I blogged for a serious amount of time, by the way, before I learned that “blog” was short for “web log”.]

And so I took Mark’s advice and for a couple of years, I contributed articles to a Spanish-language theology blog. But then suddenly the website address was closed down! So I decided that it was time to launch out on my own.

I started an English-language blog, eventually naming it “Open Our Eyes, Lord”. My inspiration was a favorite passage from the gospel of Luke, where Jesus appeared to the two disciples as they walked to Emmaus. They entertained the unknown traveler for dinner: “When he was at the table with them, he took bread, gave thanks, broke it and began to give it to them. Then their eyes were opened and they recognized him, and he disappeared from their sight.” My home page features the famous painting of the Emmaus road by Robert Zund.

I originally thought of making my blog both English and Spanish, but I soon realized that it would be smoother to launch a second blog in Spanish. I asked my readers suggest names for it, and the winner was “Razón de la Esperanza”, based on 1 Peter 3:15 – “Always be prepared to give an answer to everyone who asks you to give the reason for the hope [razón de la esperanza] that you have.”

Open Our Eyes Lord launched in October 5, 2009, with the post, “What Kind of Music is ‘Christian’?”. I have posted 322 articles so far. Some favorite themes are: the End Times; how to be discerning in an age of digital media; Bible translation; Biblical Greek; Romans, 1 Corinthians, 1-2 Thessalonians; the spiritual life; preaching; the importance of the local church; the Spirit.

I opened Razón de la Esperanza on March 27, 2010. As of today, I have posted 255 articles. My first article was, “Are we baptized in the name of Jesus of in the name of the Trinity?” (This actually is an issue in Latin America, where people use the baptismal formula as evidence against the doctrine of the trinity). 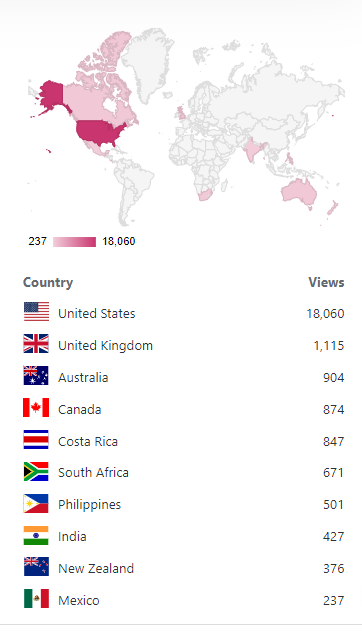 The two together have received 5800 comments over the years. I answer almost everyone who writes in.

Here are some of my favorite posts, I hope you enjoy them!

The Parable of the Lost Coin, Luke 15

Church Attendees Should be Seen and not Heard….Not!

Thou Shalt Not Bully People Who Use a Different Bible Translation

“But the Greek REALLY says…”: Why Hebrew and Greek are not needed in the pulpit, Part 1 of 3

Beyond that, if you would like to receive notice whenever I publish a new post, please sign up on the page – I will not misuse your email! I also have a Facebook page of the same name.

Gary S. Shogren has a PhD in New Testament Exegesis from Aberdeen University, Scotland. He is in his 32nd year of teaching on the seminary level, for over twenty years teaching in Spanish at Seminario ESEPA, San José, Costa Rica.

2 thoughts on ““Open Our Eyes Lord” celebrates its 10th Birthday!”